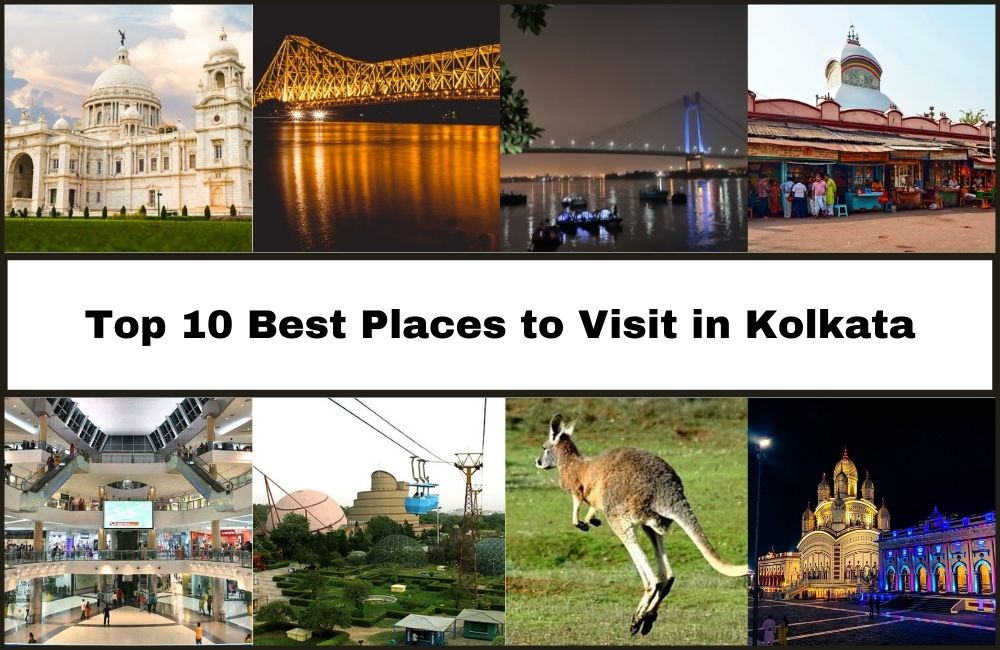 The capital of West Bengal is Kolkata. Kolkata is called the Metropolitan City. Kolkata is the heritage of Bengalis. Many years ago, tourists from home and abroad came to visit Kolkata. From the time when the British ruled over Kolkata, the British have created some traditions in Kolkata which are still the pride of our Bengalis.

Now we will talk about some of the famous traditional places of Kolkata. Kolkata’s best visiting places are:

10 Best places to visit in Kolkata :

The list that we have made above, we will discuss in detail each place one by one. First of all, let me tell you about the places we will discuss today. It is possible to visit all these places in one day. The ten famous places mentioned above can be easily visited in one day. Each of these places covers the adjoining area near Kolkata and there is no place outside Kolkata. We can visit those places on one day trip.

If we want to visit these 10 famous places in Kolkata then we must book a travel guide who will visit all our places and tell us about the heritage of those places.

Let’s talk about all those famous places one by one.

This bridge is located on the river Hooghly and connects Kolkata and Howrah.

It is one of the most popular tourist spots near Kolkata.

Lord Curzon was then the Governor of British India. He organized a memorial service at Calcutta Town Hall on 6th February 1901. At the meeting, Mr. Curzon presented a plan to build a monument in memory of Queen Victoria.

Since Kolkata was the capital of India at that time. So Mr. Curzon wanted the memorial to be a museum. The Victoria Memorial is one of the finest examples of European literature in Calcutta and India.

Dakshineswar Temple is one of the most visited places in Kolkata.

The way to the temple :

From Sealdah, take Dankuni Local and get off at Dakshineswar Station. Buses are also available from  Airport No. 1, Bagbazar. The bus came to a halt under the Skywalk. Walk straight along Skywalk to Dakshineswar Temple.

It is said that in 1847, Queen Rasmoni went to Kashi and arranged for the worship of Goddess Annapurna in 24 boats by arranging meals for her relatives. But the night before the journey, the queen received a dream order to build a mother’s temple on the banks of the Ganges and there is an idol of the mother to worship.

Immediately after this incident, Rani Rasmoni bought the site of the present temple on the banks of the Ganges from an English gentleman and started the construction of the temple. The temple was inaugurated on May 31, 1855.

The founding idol of this temple is worshiped as Maa Bhavatarini. The main temple is modeled on the Navaratna temple. Besides, there is a temple of the twelfth Shiva on the premises of the temple.

This temple at Kalighat is one of the 51 Shakti Peeths. Where the soti’s toe is said to have fallen. This temple is located on the banks of the river Hooghly. It is about 200 years old. Goddess Kali is worshiped in this temple. The temple is divided into six parts. Sixth temple, Bangla temple, Natmandir, Hat Tala temple, Radhakrishna temple, and Kundupukur. The temple that is currently worshiped is made of Kashti stone and is made of gold and silver.

In 2016, after almost 40 years, the tongue of the goddess was changed. And the present tongue is wrapped with 258 grams of gold on about two kilograms of silver. In the past, sacrifices were offered regularly at the feet of the goddess, but now on special days. This temple is very awake.

More than a thousand animals and birds can be seen in this zoo. There is a map at the entrance of the zoo that shows you all the directions to where you want to go. This is the best place to visit in Kolkata.

This is one of the best places to visit in Kolkata.

Patterns of various literary works of early Bengal are found in Bagbazar.

Ramakrishna Dev’s Temple, Balaram Dev’s Temple, and Sarada Mother’s House Everything we see in this Bagbazar. We all know about Bagbazar Ganges that we know as Maa er  Ghat. There is an amazing beauty seen in the evening. A huge market in Hatibagan where everything you need is available. There is Hatibagan along Bagbazar, the first tram to run here. You can reach Bagbazar by bus from Howrah station. You can also reach Bagbazar by launch from Howrah.

The architecture is named after James Princep, who deciphered the inscription of Ashoka, the great emperor of India. It was built in 1841. Above the vast expanse of lush green grass on the banks of the Hooghly River, this white architecture is very popular with travelers. Ten minutes walk from Dharmatala or the Princep Ghat can be easily reached by auto.

It is also possible to reach Princep Ghat station from Dumdum or Majerhat station. The Vidyasagar Bridge has passed over the head next to Princep Ghat. One day trip near Kolkata, these ten places can be easily visited. These 10 places are very interesting and dazzling. These ten places are one of the best places to visit in Kolkata. If you have a travel guide with you. With Travel Guide we can get to know each and every place in the same way that we can go on a day trip in time.

This author does not have any more posts.